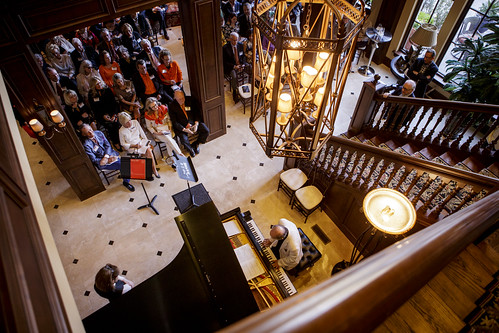 This music also represents an excellent tool for calming down a baby in situations where there may be difficult transitions for such young children, such as when many visitors come to the home. It is often difficult for small babies to adjust to the confusion and noise created by a large number of people at special occasions, and playing Native American flute music can help to calm a baby down in these circumstances.

The music of the Native American flute is very soft, and it creates a wonderful, soothing background for many situations. It is just the sound for keeping babies calm when there are a lot of people in the environment. Babies seem to focus on the flute sounds instead of on the loud noises generated by crowds. Having flute music playing in a room makes it easier for them to adjust to visitors.

Native American flute music is an excellent way to learn about and enjoy the special features of Native American culture. And since songs are often linked to memories, this music offers a good way to preserve the memory of special times.