Paul Simon – A Musical And Cultural Icon Returns To The Stage

﻿Paul Simon – A Musical And Cultural Icon Returns To The Stage 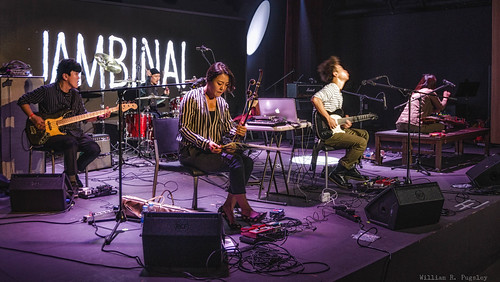 Paul Simon is a music and entertainment beacon, and fans of several generations will be thrilled to hear that he is returning to the stage with a full schedule of shows around the United States in 2006. Simon’s work evokes different meanings for different people, but the fact remains that very few performers draw from as diverse a fan base as Simon. A look at his life and influences may help to explain why.

Simon was born on October 13, 1941 in Newark Heights, New Jersey, but his family soon moved to Queens, which was where Simon was introduced to the world. Simon was raised in a typical family setting, and attended Forest Hills High School, where he became very interested in music.

It was here that Simon met and befriended Art Garfunkel, and the two began playing music together sporadically under the band name “Tom and Jerry”. The immediate bond the two shared centered on their mutual admiration of The Everly Brothers, and they released their first single, Hey, Schoolgirl, in 1957 and it climbed to number 49 on the charts. However, the duo did not begin their famous duo effort at this time. Instead, Simon continued to play on his own and with other artists.

Simon continued his education at Queens College, and he ultimately got his degree in English Literature. During this time, until he finished college, Simon was introduced to the folk music scene in New York City, and he continued to work on his own compositions. Simon released more than 30 songs before he graduated from college, most of which were released on small record labels.

In 1964, Simon and Garfunkel began their longstanding work together by signing a record deal with Columbia Records, and they released their first album, Wednesday Morning, 3 A.M. that same year. One of the singles from that first album, “The Sound of Silence”, climbed to number one on the charts, and a dynamic duo was born.

For the next six years, the two singers released seven albums, one of which being the soundtrack for the legendary movie, “The Graduate”. Although none of the singles from these albums achieved huge commercial success, the duo’s work achieved cult status that’s hard to match. A testament to their underground popularity was seen in 1981, when Simon and Garfunkel got together for a concert in Central Park that drew over 500,000 people.

After Simon and Garfunkel split in 1970, Simon continued to release albums, and his influence never waned. Simon released 14 albums during his time as a solo artist, and overall, Simon’s commercial success actually grew, as he produced 17 singles that made the US charts. He also became a renowned musical writer, helping produce several platinum albums for other artists and Broadway productions. Simon continues to write and compose to this day.

Paul Simon’s status as an icon was cemented by several honors he received in reflection of his musical influence. Simon was inducted, with Art Garfunkel, into the Rock and Roll Hall of Fame in 1990. Simon was again recognized when he received Kennedy Center Honors in 2002. A year later, Simon and Garfunkel received a Grammy Lifetime Achievement Award, which led to a tour that wrapped up at the Colosseum in Rome in front of a staggering 600,000 fans.

Paul Simon has been perfecting the art of music and performing for nearly 50 years, and this summer’s tour will be an opportunity for fans of all ages to bask in the glow of a musical legend.