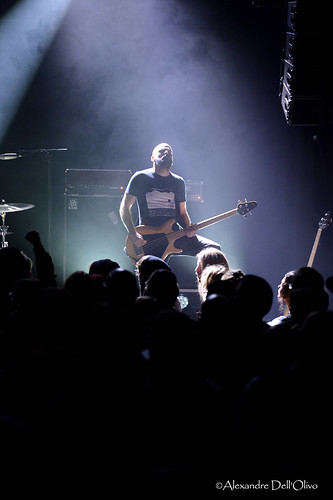 There are thousands of bands out there with the dream of making it big. They want to see their name on the billboard charts and hear their songs on the radio. They also want to sell out huge arenas and have fans screaming as they take the stage night after night. Yet only a handful of bands ever get to make this dream become a reality. With many online places including MySpace and YouTube though many bands do get recognized in untraditional means.

One way that many up and coming bands attempt to get their information out is with the use of a press kit. They are able to provide various sources of media with information about their band. It often includes information on how the band formed, the types of music they play, their influences, and a picture of them. If they have done any live shows or produced an album that information is included as well.

Many of these new bands want to get their information out there and a press kit is the way to do it. There will be plenty of people that come across it. Someone may decide to contact them to book a band for a party. There may be larger gigs coming in too from clubs and other elements. Perhaps they will be offered the chance to open for a well known band. This can be a way to get the fan following they need to one day be a headliner themselves.

There are all types of bands out there, and new music is something people are always interested in. Not everyone has the connections to reach a record producer or have a friend in the industry. Being able to simply complete a press kit and get their information out there though is very effective. Many bands will tell you this is one of the smartest moves they have done for their careers.

There are promoters out there that will take notice of such press releases. They are often looking for fresh talent. They want to be able to take a chance on a band and turn them into something very profitable for everyone. For the right bands, music press kits may be their ticket to eventual stardom.