Mamma Mia! A Must See Show

﻿Mamma Mia! A Must See Show 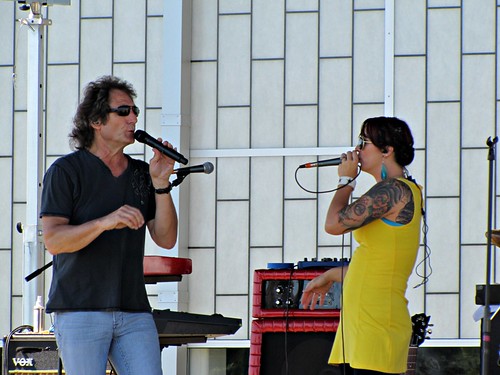 Perhaps no band over the last few decades still resonates with its fans quite like ABBA. The Swedish super band still reigns as one of the best selling and most popular groups of all time, and even though the band has no plans of reuniting and touring the world again, fans can hear ABBA music performed live in the amazingly successful musical Mamma Mia!

Written, choreographed and led by a former member of the group, the musical Mamma Mia! tells the story of a lonely girl who is in search of her biological father. The production is funny, touching, inspiring and most of all, fun! The music of ABBA is featured throughout.

Mamma Mia! has been a hit on Broadway and on tour around the world for many years now, and just like modern theatre classics such as Cats and Phantom of the Opera, Mamma Mia! seems to get more and more popular as the years go on. No other musical before or since has helped to popularize jukebox musicals quite like Mamma Mia! (A jukebox musical is a modern musical that uses rock or popular music for its main musical score, rather than its own music.)

Even with the amazing success of those musical productions, they pale in comparison to what Mamma Mia! has accomplished. Seen by an estimated 10 million people and even giving birth to a full-length feature film starring superstars Meryl Streep and Pierce Brosnan, Mamma Mia! has done what few musicals have – attracting a large audience of those who otherwise didn’t attend musicals.

This is no small accomplishment, and it speaks volumes about how the play is so much more than just a bunch of ABBA songs built around a flimsy plot. The story is a classic coming of age story about a young girl on the verge of womanhood who is looking for the missing links in her life. She is wondering where she came from, what traits she has that she shares with her father, and where her life will lead. The story, much like the music, is timeless and classic. Although the play ends on a bit of an odd note, the reprise at the end will literally send you into the aisles to dance the night away. It is true that this play probably wouldn’t have worked as well if it wasn’t for the popularity of ABBA and the fact that you simply can’t hear this music live anymore, but it is the acting, sets and the production quality that makes Mamma Mia! a true theatre classic.