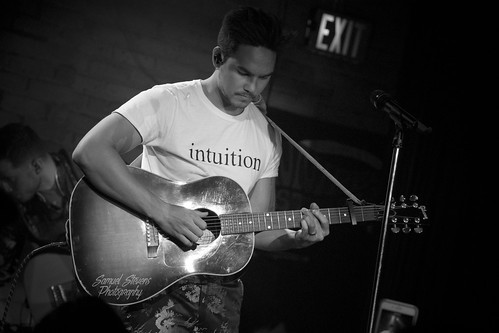 If you are a jazz music lover, chances are that you go to a festival every year. What you probably didn’t know is that there are jazz festivals all over the world. If you like to travel, expand your jazz tastes and go to these international jazz festivals.

The Akbank Jazz Festival is one of a diverse mixture of sounds from the country as well as all around the world. Last year’s festival was dedicated to Arif Mardin. One artist that has performed there is Kurt Elling. Kurt Elling is very popular in jazz music today. In his ten year career, all six of his albums were nominated for Grammy awards. He has toured all around the world in places including Israel, Japan and Australia. In 2003, he was made Vice Chair on NARAS.(National Academy of Recording Arts and Sciences) He has an album out this year.

Some of the artists that will be performing here are Ruben Studdard, Anita Baker, Macy Gray and Robert Glasper. This is not a free Jazz music festival. Prices to hear performances range from $30 to $100, depending on the artist. If you want to attend this jazz music festival, you cannot order tickets internationally. You have to actually be in Barbados and provide the address where you’ll be staying in Barbados and the tickets will be delivered to that address.

Brecon Jazz has been around for twenty-four years. The best jazz music is performed at the brilliant Brecon Beacons National Park. It is located in Wales. The company, Brecon International Festival of Jazz Ltd., a charity organization, is backing the festival has an education and outreach program in Wales and the South-West of England, during the year.
This year, the Brecon Jazz Festival had an Artist-in Residence, Joe Lovano. Joe Lovano is one of the world’s best tenor saxophone players and has been around since the ’70’s. He has performed in Woody Herman’s orchestra and Mel Lewis’s orchestra. The music he then went on to create broke boundaries collaborating with artists such as John Scofield, Hank Jones and Bill Frisell. He led the BBC Big Band at Brecon, taught a masters class to young welsh Jazz musicians. This year Brecon also featured “Women in Jazz”. A couple of the artists were: Jessica Williams from the U.S. and Hiromi from Japan.

In case you didn’t know, the Danish are really into jazz. New artists as well as the old have been performing in the city. The concerts in the day are perfomed near the canals and historic homes. Some prefer to play small, crowded clubs. Every live performance is electrifying and memorable. Artists that have performed here are George Clinton and the P-Funk Allstars, McCoy Tyner Trio, Scandinavian Brasillian-Big Band,Mavis Staples W. Band, The Zawinul Syndicate and Maceo Parker. Jazz music is not something that is only appreciated in the states, but everywhere around the world. It is important to experience jazz music in other places so that the magic of jazz will ever be broadened, shared and continued to be translated for years to come.