Give Me Something To Sing About

﻿Give Me Something To Sing About 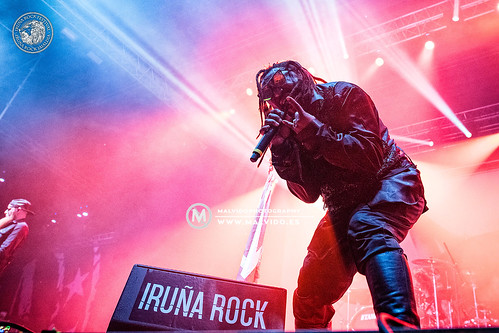 While scientists are certain that Alzheimer’s Disease is mainly about progressive brain cell failure, the exact cause of this failure is still undetermined. Among the identified risk factors include aging, genetics, and family history. Currently, this disease is still considered as an incurable ailment. Most medical management procedures for Alzheimer’s disease include the prescription of drugs that help improve the transmission of messages in the brain. Non-chemical approaches involve making behavioral changes in terms of how a person responds to a patient with this condition. Most sufferers of Alzheimer’s disease exhibit emotional distress and may even have emotional outbursts and delusions. The environment of the patient must also be comfortable and highly secured.

Indeed, finding a “treatment” for an incurable disease is very difficult especially at the latter stages where a patient’s mind begins to withdraw deeper and deeper into itself. The mental health toll is a great weight not only on the shoulders of the person affected by Alzheimer’s, but also on the emotional and mental health of the people around him. As memory, coherence, and even recognition start to disappear, the emotional toll the disease takes can only become worse with time.

However, alternative approaches are being explored to help alleviate the emotional and mental health troubles caused by Alzheimer’s. One such alternative that has shown encouraging initial results is singing. This approach was only recently applied on patients with Alzheimer’s disease and is still lacking solid medical research.

Anecdotal evidence shows that people with Alzheimer’s seem to recall songs better than other memories. According to modern science, the parts of the brain that are responsible for music and lyrics are separate from the ones that control speech. In fact, it has been shown that people with Alzheimer’s can still appreciate music. Patients that have been given music therapy have shown improvements in terms of their mood, ability to communicate, and capacity to retain information. Breaking down the communication block that comes as a symptom Alzheimer’s is also seen as a major breakthrough in improving a patient’s mental health.
Patients who sing have also started to recover some of their learning abilities. The selection of songs also plays a role in influencing the mood of a person with Alzheimer’s disease. The emotions conveyed in certain songs help the patients to express themselves and eventually associate the song with a memory or past experience. In essence, therapists are trying to use music to stimulate their patients to engage in emotional expression and release through singing. Songs by Elvis Presley, the Beatles, Frank Sinatra, Dean Martin, Broadway musicals, and a few modern songs are used by therapists to improve the emotional and mental health of both patients and their families.

Additional anecdotal records indicate that some patients have even retained newly acquired skills. While these skills are mostly very basic such as writing a few letters of the alphabet or recognizing pictures of family members, these developments have encouraged some quarters in the medical community to continue their research and experimentation with music therapy.

Since there is currently no indication that Alzheimer’s affects the areas of the brain responsible for recognizing and processing music, most mental health experts see a lot of potential in this approach. The use of music seems to tap into something more subconscious than just listening and appreciating melodies. While what exactly is going on is still left up to study and speculation, there are already programs underway designed to test how having patients sing can help with other forms of dementia, such as Parkinson’s disease.