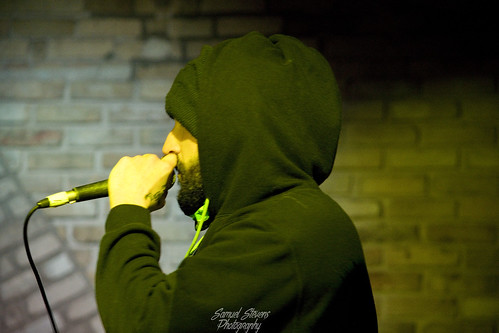 George Harrison is often referred to as the “quiet Beatle” and sometimes sadly even as the “forgotten Beatle” and that’s due to the fact that he was in the same band as the greatest songwriting team in popular music history. Lennon/McCartney were good enough to overshadow almost anyone but that being the case Harrison wrote many great songs with The Beatles and that’s what this article is set to highlight.

He was the youngest Beatle which explains his “late blooming” as a songwriter in comparison to his band mates John Lennon and Paul McCartney. When the Beatles recording session happened in January of 1970 Harrison was only 26 years old.

Harrison’s best known Beatles compositions are probably his pair of tracks from the Beatles final album Abbey Road; “Here Comes the Sun” & “Something.” And while these songs are certainly great and no doubt belong in the list of Harrison’s best 10 Beatles songs I want to get past these tracks and other well known Harrison compositions like “While My Guitar Gently Weeps” from the White Album and “Taxman” from Revolver to get some of his more overlooked Beatles gems.

My picks for George Harrison’s 10 Best Beatles Songs with notes on each:

“Something” – Frank Sinatra said “Something” was his favorite Lennon/McCartney composition and the greatest love song ever written. It’s the second most covered Beatles song of all time after “Yesterday.” It’s been covered by the likes of Frank Sinatra, Elvis Presley, and James Brown. It made Rolling Stone magazine’s list of the top 500 songs of all time in 2004.

“Here Comes The Sun” – One of the first songs to feature the Moog synthesizer which Harrison played on the recording. The song was written in Eric Clapton’s garden. Clapton and Harrison were good friends.

“While My Guitar Gently Weeps” – Although George Harrison was the Beatles lead guitarist he again gives the lead guitar duties to someone else on one of his best songs. A great example of Harrison’s lack of ego. On this track Harrison’s good friend Eric Clapton came in to play the lead guitar part. This song also made Rolling Stone magazine’s 2004 list of the 500 greatest songs of all time. The lyrics of the song have a very interesting origination. Harrison was reading the I Ching at the time and inspired by the ideas in the book he decided to write a song based on the first words he read when opening a random book at a random spot. The first words he read were “gently weeps.”

“It’s All Too Much” – This song was originally featured on the Yellow Submarine album and is one of the more overlooked Harrison songs. It’s also one of my favorites. It has a very unique sound to the recording which makes it sound like the whole band is in a box except for these thunderous hand claps and the vocals. It was actually recorded in May of 1967 before Sgt Pepper was released and was set to be included on Magical Mystery Tour but was instead pushed back and ended up on the Yellow Submarine soundtrack album which included mostly George Martin instrumentals and songs such as the title track which had already been released.

“Within You Without You” – This was George’s sole contribution to Sgt Pepper. Harrison recorded this song with Indian musicians without any input from the other Beatles. I’ve often seen this song slagged off by people but to me it’s an essential and wonderful part of the Sgt Pepper album. It’s a trip within the trip that is Sgt Pepper. Almost all of the instruments in the song were played by classically trained Indian musicians.

“Long Long Long” – The perfect song to follow up “Helter Skelter” on the White Album. A beautifully understated song which Harrison says is about God.

“Blue Jay Way” – Harrison’s sole contribution to the Beatles most over the top psychedelic album Magical Mystery Tour was also Harrison’s most purposely psychedelic song. While the song is not perfect it does have a lot of strange production effects which endear it to me.

“If I Needed Someone” – This was the only Harrison written song that the Beatles played regularly during their touring days. This is of course mostly because the band stopped touring before Harrison wrote most of his better songs. This was one of two Harrison songs to be included on the Rubber Soul album. The other being “Think For Yourself” which is also a good song but I prefer this one. The song was heavily influenced by the style of The Byrds.

“I Want To Tell You” – This was one of three Harrison songs included on the Revolver album. Interestingly he went from having 3 songs on Revolver to only 1 on each of the next two Beatles albums; Sgt Pepper and Magical Mystery Tour.

George Harrison was a valuable member of the Beatles not only for his excellent lead guitar playing and the Indian influenced sounds he brought to the band but with his excellent songwriting. These are just 10 of Harrison’s great Beatles songs there are others that also deserve mention such as “Old Brown Shoe,” “Only A Northern Song,” and “I Need You.”