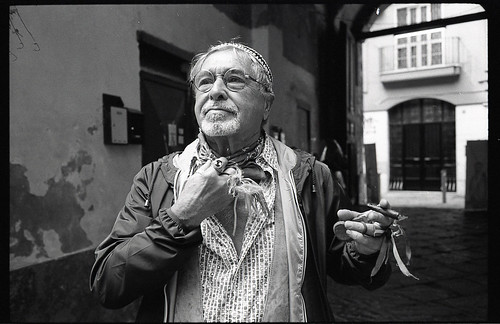 When we wonder what guitar tab we need to get to begin to make up our repertoire, we usually think only about songs we like. We know that our choice in music does not suck in the slightest but if we are going to be playing our guitar and singing for audiences we need to get used to the idea that our taste in music will not match what our listeners want to hear. We may even take a look at popular choices in songs and get the uncomfortable feeling that we might have to play songs that we do not like. One thing guitar players are famous for is standing on their principles and not compromising on what they are going to play. The other thing they are famous for is giving the audience what they want. So a mixture of these two attitudes is probably going to form in your psyche as you peruse your list of guitar tabs on the internet. While we are on the subject of lists of guitar tabs remember to pay a visit to your local music store or online merchant for ready-made collections of easy guitar tabs. You can find titles like “Popular Songs for Acoustic Guitar” or “CMT’s 100 Greatest Songs of Country Music”.

One fact that has emerged from field tests conducted by buskers, night club performers and covers bands is that you should look for your repertoire in the songs of years gone by. Oldies are goodies. Another thing you should think about is whether or not you are an audience participation kind of performer. If you are still wondering about it one second after the thought enters your head, then you probably aren’t. So stay away from songs that require you to yell, “Everybody now!!” or “Just the girls this time!”. Likewise if you play solo acoustic guitar and have a voice like Johnny Cash you might want to stay away from Led Zeppelin’s “Whole Lotta Love”. But do not walk away from songs you enjoy just because they might not seem immediately doable.Remember Jose Feliciano’s “Light My Fire” and Eric Clapton’s unplugged “Layla”.

Of course what songs you choose is not going to matter much if you do not pay attention to how you sing and play the guitar. People pay to see performers who are better at something than they are. Which is where playing material that you like comes in. If you are playing a song that you consider to be a crowd pleaser but you personally think is a load of stomach chunks you give attention to the part the audience likes. You already know what that is. That is why you do not bellow, “Hello darkness my old friend” or shirk on the enthusiasm when you sing the line, “Welcome to the Hotel California”.

Okay so what we get out of all this is first, there are songs that crowds of people like and second, you can sing and play these songs in a way that highlights your particular talents. Now for a basic list of songs that have been known to please a crowd or two over a period of years:
Wild World by Cat Stevens
Imagine – by John Lennon
Stairway To Heaven by Led Zeppelin
Catch the Wind by Donovan
Can’t Help Falling In Love by Elvis Presley
Waterloo Sunset by The Kinks
Angie by the Rolling Stones
Everybody Hurts by REM
50 ways to leave your lover by Paul Simon
The 59th Street Bridge Song by Simon And Garfunkel
American Pie by Don Maclean
Both Sides Now by Joni Mitchell
California Dreamin’ by The Mamas and Papas
Knockin’ on Heaven’s Door by Bob Dylan
Mrs Robinson by Simon And Garfunkel
You’re so vain by Carly Simon
Blowin’ In The Wind by Bob Dylan
Brown Eyed Girl by Van Morrison
I Walk The Line by Johnny Cash
Tears In Heaven by Eric Clapton
Gloria by Van Morrison (or Them)
Hotel California by The Eagles
Behind Blue Eyes by The Who
White Room by Cream
Sex And Candy by Marcy Playground
Californication by Red Hot Chili Peppers
What Its Like by Everlast
Alison by Elvis Costello
Life By The Drop by Stevie Ray Vaughn
Melissa by Allman Brothers
Dead Flowers by The Rolling Stones
Seagull by Bad Company
Mediterranean Sundance by Al DiMeola and Paco De Lucia
Classical Gas by Mason Williams

This list could be much, much longer, but you probably already see songs here that you would never play in a million years so all I can say now is I hope this guide to essential guitar tab has been helpful.