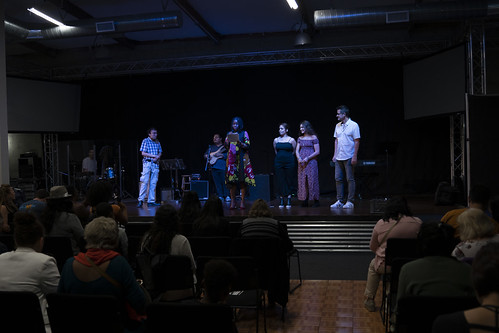 The main benefit of the Digital Age is convenience. MP3 players are one of the most popular components in recent years. They way they work is simple. You simply download your favorite music to an MP3 player and begin enjoying your music. MP3 actually refers to a method of audio compression that maintains the original quality. People often download music from their favorite CDs onto their MP3 player, but downloading music from the Internet is becoming more popular. There are websites available that enable you to subscribe to their service that allows you to pay either a monthly fee for downloading music or on an individual basis.
When you think of MP3 players you probably think of iPod. iPod may be the biggest name in MP3 players, but it is far from the only type available. There are actually numerous MP3 players on the market. Think all MP3 players are the same? Just view the MP3 players featured on iPodMini.us and you will see how MP3 differ. MP3 players can be categorized according to the size of their hard-drive. The size of an MP3’s hard-drive basically translates into how many songs you are able to store on the player.
The lower-end of MP3 players, referred to as flash players, have a hard-drive from 512 MB to 1 MB and you can store about 200 songs. These players cost about $200 and are great when you want a compact player, such as when you go jogging. Many of these players are so compact that they can easily fit in a front shirt pocket. Popular flash players include the iPod Shuffle, Sony Network Walkman (1 MB), and the Oregon Scientific Waterproof MP3 Player. If you’re on a tight budget, the SanDisk MP3 player is available for just $70.
Middle-of-the road is always a safe way to go, especially when it comes to technology. Capable of storing anywhere from 350 to 1,000 songs, micro hard-drive MP3 players such as the iRiver H10 and iPod Mini are your best bet. The price tag for these players is about $200.
If you want to store a large music collection, MP3 players with a 20 GB or higher hard-drive should suit you just perfectly. The iPod Photo leads the pack of this level of MP3 players. With this MP3 you can store 16,000 songs. In addition to playing audio files, you can also use this player to view video files. The player supports the most common audio and video file types, including TIFF, BMP, JPEG, MP3, and WAV. The Creative Nomad Zen Xtra player is highly competitive to the iPod Photo. It also has a 60 GB hard-drive. Other top models in this category include the Sony Network Walkman (20 GB) and the Dell Digital Jukebox.
The MP3 players mentioned so far are portable. If you spend a significant amount of time on the computer, you may want to use a player such as Rhapsody. These players feature a lot of extras. For example, in addition to downloading music from the Internet, you can generally burn CDs, listen to the radio, or import CDs. These players typically feature a free basic model, which is fine for general music listening. If you want the advanced features you will need download a more advanced model, which includes a monthly subscription that may or may not include free music downloads.