Behind The Scenes With Mr. Completely-Canadian Rockers Share Their Thoughts

﻿Behind The Scenes With Mr. Completely-Canadian Rockers Share Their Thoughts 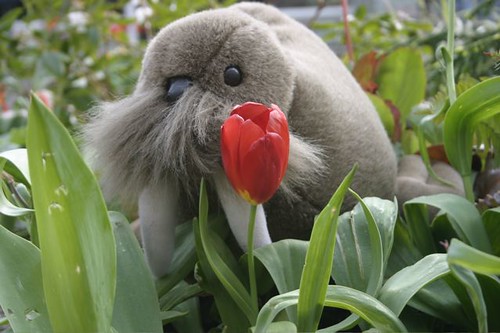 In an interview with Jamie Robertson, the energetic lead singer, we detail many of the elements that make Mr. Completely the dynamic rock and roll band that they have become.

“Our band was originally called “Month of Sundays,” but there was already a band that called themselves “A Month of Sundays,” so out of respect for those musicians, we decided a new name was in order,” explained Jamie. “So we asked our fans to vote on several alternative band names including “Sideline Poets,” “Ten Beer Pretty” and “Stingray,” among others. The online votes were tabulated and the name Mr. Completely was born.”

But what are the origins of the name and why that name? Jamie explained:

“We have added integral pieces to the band, in the form of personnel (in fact Jamie is the only original member of Month of Sundays) including guitarist extraordinaire Richard Spencer, “Hot Rod” Campbell on the drums and our anchorman George Milutinovic on bass guitar. So we completed our line up. So the name depicts the image that we are a complete band, we are family and have been together for some time now. In fact, the special bond we share even extends to our families, we are lifetime friends and even if the band were to fold, we would still hang out.”

“Our song writing is also a group effort. I may bring in a main idea or concept and we all have our distinct area of expertise and we incorporate all of our ideas to form the finished product. We get together once a week to practice, but our collaborative efforts go way beyond that. So our music and our CD reflect this union of the minds.”

When asked what specific band members do outside of the group, Jamie replied:

“We are all hard-working family men. I worked on the B.C. ferry for many years and I have left that employment to concentrate on our family sawmill business. Richard and Rod are both expert carpenters and George works in a pulp mill.”

Another question that was asked is about the specific order of the songs on their debut CD.

“Being an independent band, we decide the order of the cuts and we try to get the best flow, what fits where and the best way to shape the music so every song can be highlighted in its own way.”

As far as being termed an “indie” band, Jamie explained the elements that he feels make up the term:

“We certainly use different distribution methods, we like the control that we have; we wear all the hats, management, production, promotion as well as being the musicians. And we are ready to record another CD, but we definitely need some financial backing, so in respect we are totally “indie.” We don’t have the resources or record label as of yet, but would welcome the opportunity to be signed.”

“We have signed on with A & R Select out of Hollywood and hopefully they can find us some work on a movie soundtrack or television series. This saves the band a lot of “door knocking” and frees us up to concentrate on our music and families. But that does not mean that we don’t do our part to promote ourselves, on the contrary, my wife (Mrs. Completely) works very hard organizing our gigs, recording schedules, designing and maintaining our websites and My Space page and much more. We would not be where we are at without her hard work, she is very dedicated to making sure we are successful,” related Jamie.

Another important question is about the songs that they write and some of the influences and experiences of playing in a band and playing a live show.

“As soon as we are done writing a particular song and everyone is satisfied with their input, we ‘test drive’ it and play it live to gage the audience’s reaction and to see if we have created the song to the best of our ability. Then there is the thrill and personal satisfaction of performing in front of a large crowd, to get the emotional reaction to the song. We feel we are offering a service to our fans; we love to play our music as much as they enjoy hearing it. Music helps us through the hard times and can enhance the times that are already good. You can touch people’s lives with music on so many levels.”

“This may sound a bit strange, but some of our best shows are the many benefit shows that we do locally. So it isn’t all about the money. We take great pleasure in our live sets and feed off the energy of our audience. Plus, meeting new people and playing for these enthusiastic crowds inspires us. I love meeting fans and hearing from them how much they love our songs or hearing someone is using our song at their wedding for the first dance makes me feel that what I am doing is making a difference in people’s lives. We have also had the opportunity to open and share the stage with some of our favorite musicians including Nazareth, Trooper and Honeymoon Suite, which just makes the experience so much more pleasurable and gratifying.”

Jamie also detailed some of the musical influences that the band has as well as what to expect to hear when they play live:

“We will certainly play our singles off of “Twice on Sundays” including “Walk Away” and our beautiful ballad “Before Too Long.” We also do covers of some of our favorite artists, so you could hear “Have You Ever Seen The Rain” or “Green River” by CCR, our cover of “House Of The Rising Sun” as well as a few numbers by the Knack. We also have a great time playing “Ballroom Blitz” by Sweet, which is an incredible live song for the band.”

So what is in store for the band, what does the future hold for this hard-working band from north of the border?

“Besides touring Canada, we would like to tour the United States. I feel that our musical predecessors have made it easier for Canadian bands to be welcome by America and Americans have opened their arms to Canadian artists.”

So as the interview closed, it is apparent that Jamie and his band mates not only sincerely love what they do, but would like many more music lovers to experience their talents, their love for the music that they play and the joy and sheer pleasure that comes with being a complete, cohesive rock and roll band; appropriately named Mr. Completely.