↓ Skip to Main Content
Home › Music › American Idol Season One – Where Are They Now?

American Idol Season One – Where Are They Now?

﻿American Idol Season One – Where Are They Now? 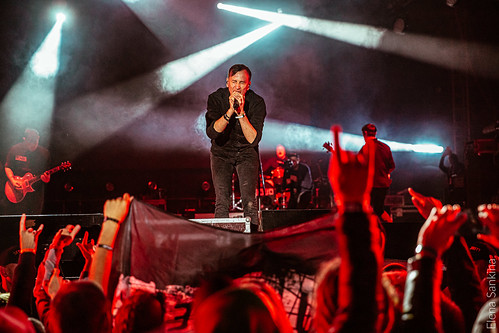 If you’ve watched American Idol in the past, you may be wondering what has happened to the singers from American Idol Season One. Here is a brief look at how some of the more popular contestants have faired:

Ejay performed along with the other finalists on the 2002 U.S. American Idol tour. He’s sang at several events for boxing champ Muhammad Ali and assisted in writing Raven-Symone’s song “Pure Love” for her Undeniable album. Currently, Ejay is performing on the cruise ship Explorer of the Seas.

Jim has been active in both music and acting since American Idol ended. Jim recently released his album Rollercoaster, featuring the dance hits “I Want You” and “You’re Getting Crazy.” He starred in the 2004 film Eating Out and is set to reprise his role in Eating Out 2: Sloppy Seconds.

Despite finishing 7th, Ryan has been one of the busier contestants from Season One. Her single “My Religion” peaked at #7 on the American iTunes Top 100 and she plans to tour in 2006-2007. She made guest appearances on several shows and also appeared in the VH1 show The Surreal Life in 2004. She also starred in the movie Ring of Darkness.

After American Idol, Christina guest starred on CSI: Crime Scene Investigation and is now a correspondent for the TV Guide Channel.

RJ Helton made the top 10 as a wildcard choice. RJ signed with Gospo-Centric Records and released an album, Real Life, in 2004, which made the Billboard Christian Top 20.

Tamyra had a reoccurring role in Boston Public that allowed her to sing as well. She also guest starred on Half and Half, Las Vegas, Tru Calling, What I Like About You, and All of Us.

She co-wrote and sang duet with winner Kelly Clarkson on “You Thought Wrong.” She appeared on Season Three of American Idol and co-wrote the song “I Believe” which was a number one hit for Fantasia Barrino. She received writing credit for “If You Were Mine” and “The Lover in Me” on Jessica Simpson’s A Public Affair album.

In 2004, she took to the stage with the Broadway show “Bombay Dreams.” She had a supporting role in 2005’s The Gospel and one song on the movie’s soundtrack.

Nikki signed with 19 Management and RCA Records after her American Idol success, although she is currently under contract with Astral Records. Her single “The Lie” reached #1 on the Idol Waves online radio station.

She has appeared on several reality shows, including Fear Factor and Kill Reality and appeared in the made for television movie The Scorned.

After coming in second, Justin starred in the unsuccessful movie From Justin to Kelly with winner Kelly Clarkson. He secured a deal with 19 Management and RCA, but he had to wait until Kelly’s album was released before he could work on any solo projects. Because of this contractual obligation, he had to refuse a guest role on Friends, a role in The Fast and Furious, and a modeling contract for Tommy Hilfiger.

When his self-titled album did come out nine months after his American Idol success in June 2003, it flopped and he was eventually released from his contracts. His second album Stranger Things Have Happened was released in late 2005.

He appeared on stage in the musical Good Vibrations at Vassar College but declined to accept continue the role. He’s been in several independent films and is involved in many charities such as Support Music Education, Habitat for Humanity, and Children’s World Organization.

The most successful of all the American Idol contestants, Kelly signed with RCA and released two singles. “A Moment Like This” shot to #1 on the Billboard charts. In 2003, she released her debut album, Thankful, that certified double platinum, selling over 2 million copies. Her single “Miss Independent” reached the Billboard Top 10 and earned her a Grammy nomination in 2004.

She’s appeared on Saturday Night Live, The Oprah Winfrey Show, and The View and she is scheduled to headline an HBO concert featuring her greatest hits in February of 2007.