American Idol Season 1 – The Season That Started It All

﻿American Idol Season 1 – The Season That Started It All 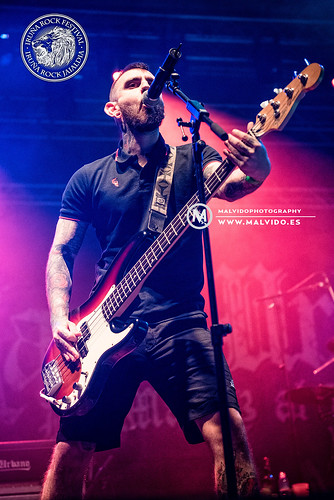 Yes, it was only a little less than five years ago, June 11, 2002, when American Idol was first televised and a show bigger and more popular than most people could have imagined was born. Today it would be hard to find a person in America who hasn’t at least heard of American Idol. Love it or hate it, it is an American icon of a show that doesn’t show signs of slowing down. In fact, it only seems to be getting bigger.

What was the first season like? The first two shows were dedicated to the judges, Randy Jackson, Paula Abdul, and Simon Cowell going to auditions (held in Chicago, New York, Dallas, Miami, Atlanta, Seattle, and Los Angeles) and finding contestants to send on to Hollywood week. One hundred twenty one contestants made it to Hollywood to try to earn one of the 30 spots to move on to the rounds where the public started voting.

During weeks three, four, and five of the show, 10 of the 30 contestants performed. America voted and only 3 out of each group of 10 moved on. Then, on week six, five wildcard contestants returned to the show with the judges picking one of those contestants to go on, for a total of 10 contestants in the final rounds.

Kelly Clarkson and Justin Guarini were the season one finalists. Kelly took the crown on September 4, 2002 and has gone on to become a very successful pop artist with a couple of Grammy awards to her name, several hit songs, and several highly successful albums. She’s become one of the top names in pop music.

After the first season ended, Kelly and Justin made a movie aptly titled “From Justin to Kelly,” but their American Idol popularity didn’t transfer to the big movie screen. The movie was a flop, although the poor plot may have had a lot to do with its terrible performance.

Although the runners up in later seasons of American Idol have had as much, and sometimes more, success than the winner, that wasn’t the case season 1’s runner-up, Justin Guarini although the American Idol rules at that time probably contributed to his difficulties. At that time the Idol rules didn’t allow Justin to release any albums or taking outside offers of any kind until Kelly’s album was released. He was forced to turn down several offers to appear on television shows, to model for Tommy Hilfiger, and doing the soundtrack recording for at least one film.

By the time Justin was allowed to release his own album, he was competing with the releases of the Ruben Studdard and Clay Aiken, the season two winner and runner-up. His appearances on the newly syndicated show, American Idol Rewind, seem to be helping him gain more notice again.

Tamrya Gray, who finished fourth on the show, has been doing okay. She has released her first album to tepid sales, but has had some success with several acting projects she has done.

Nikki McKibbin, who finished third the first season, has struggled since American Idol ended but she is finally getting back to her musical roots. Her debut album is slated to be released May 1, 2007.

The most current season of American Idol, season 6, will have several more episodes in it than the first season. Another notable difference is that during Hollywood week the judges (yes it’s still Randy, Paula, and Simon) decide who the top 24 contestants are. Then for three weeks, the guys and girls sing on different nights and only compete among themselves. Each week, 2 guys and 2 girls are eliminated. Then when there are 6 guys and 6 girls left, those final 12 will start to compete head to head, regardless of gender.

Even if you aren’t a fan of singing, you may want to watch the show just to see Simon Cowell, one of the judges, spew his very creative criticisms of the contestants each week. It’s a fun show.